Three signs that it's time to replace your car battery

A car battery is designed to deliver electrical energy to the vehicle in which it is installed. Without a functioning battery, a car will not move.

It's important to be aware of the signs that your car battery is about to die so that you can replace it before it leaves you broken down and stranded on the roadside. Here are three things that could indicate that this electronic component is nearing the end of its lifespan.

If the casing which protects your car battery is swollen to such an extent that its shape has become distorted, it could be a sign that the battery is about to die.

This swelling is usually the result of the battery repeatedly overheating; this excess heat leads to the expansion of its cell plates.

If your battery is visibly swollen, you should not try to remove it by yourself, as there is a risk that it could burst open. If it bursts, the acid inside could come into contact with and burn your skin. Instead, you should purchase a new battery from a car electronics shop and have a qualified mechanic perform the replacement on your behalf.

A leak has sprung

If car batteries are overcharged multiple times or if they sustain damage as a result of a road collision, they can develop leaks.

If this should happen to your car battery, the acid housed inside it will start to seep out and corrode the electrical terminals. In addition to this, if the leak occurs at the top of the battery, you may also notice fluid emerging from the caps of the battery cells.

Unless the crack through which the acid has leaked is extremely small, this type of damage cannot be repaired. As such, you will probably need to have the battery replaced.

There are new noises

There are several noises which you might start to hear if your car battery is almost dead. For example, a clicking sound which only appears when you try to start the car is likely to mean that your vehicle's battery is not able to deliver enough charge to the starter motor to switch on the engine.

Additionally, if the sound of your engine seems to change each time you switch on another electrical device within your car (such as the heating or the radio), this too might be an indication that the battery is on its last legs. This change in sound is often the result of the battery struggling to simultaneously power both the engine and the vehicle's other electrical components. 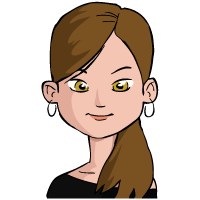 My husband leaves all of the gift buying for our extended family to me. Sometimes it's really hard to figure out what his aunt or his grandfather as I've only met them once (at our wedding!). Luckily there are some great sites where you can plug in the details of someone who you need to buy a gift for and they give you a list of selection that other people with a similar background have liked. They even gift wrap it and they send it to them. I love not having to go to the post office! This blog is all about shopping for people you don't know that well.